The first time I lived in a foreign country was during my university exchange semester, when I spent four months in the student town of Mannheim, an hour south of Frankfurt, in Germany.

My teacher, Mr Chew, knowing that being overseas could sometimes be difficult (especially when it was the first time I would be without my family), gave me a very wise piece of advice. With a face full of seriousness and eyes large, Mr Chew solemnly said, “Eat what the locals eat.”

At that moment, I didn’t realise the power of his words, but looking back almost eight years down the road, his advice was gold. Particularly so now that my life is so intricately involved with food. 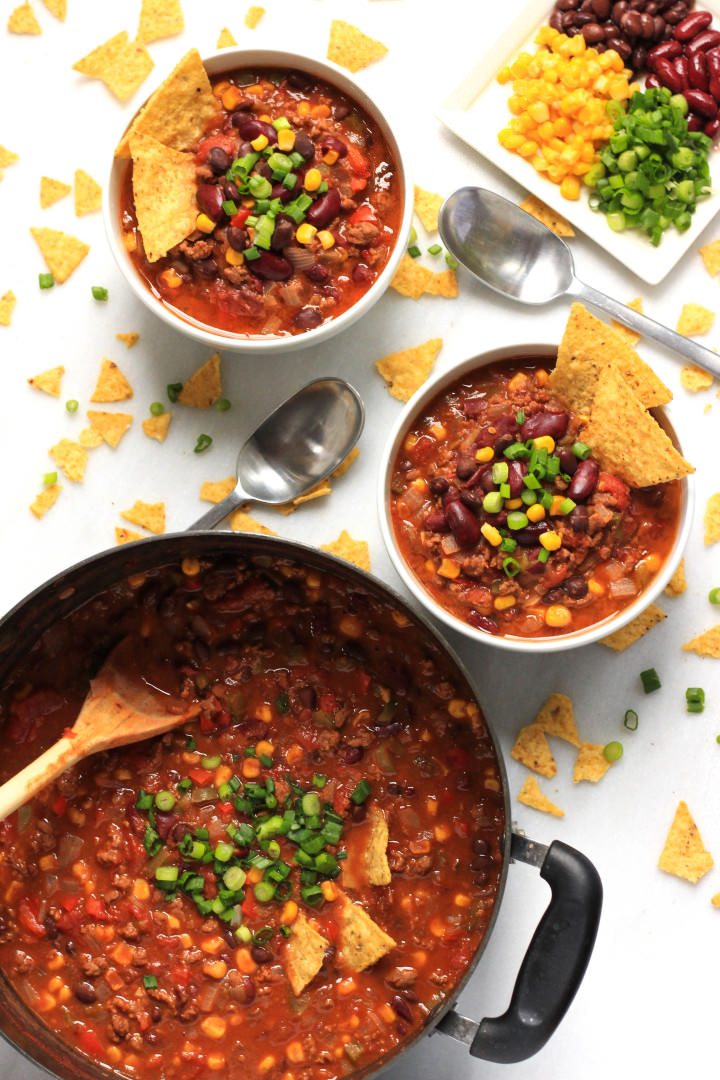 Now that I’ve lived overseas for quite a fair amount of time – 4 months in Germany, 5 years in Argentina and currently in Washington DC – I’ve come to see the wisdom in Mr Chew’s five simple words.

Food is simply so intertwined with culture that to be able to understand any culture, you will inevitably need to immerse yourself in its food and the way its people relate to it.

I heeded Mr Chew’s advice and barely have I gone wrong – I’ve always enjoyed myself no matter what country I was in. I ate pork knuckles and drank beer in Germany; feasted on delicious steak, milanesas and empanadas in Argentina, and now that I’m in the US, I’ve been testing out American food both in restaurants and in my kitchen. 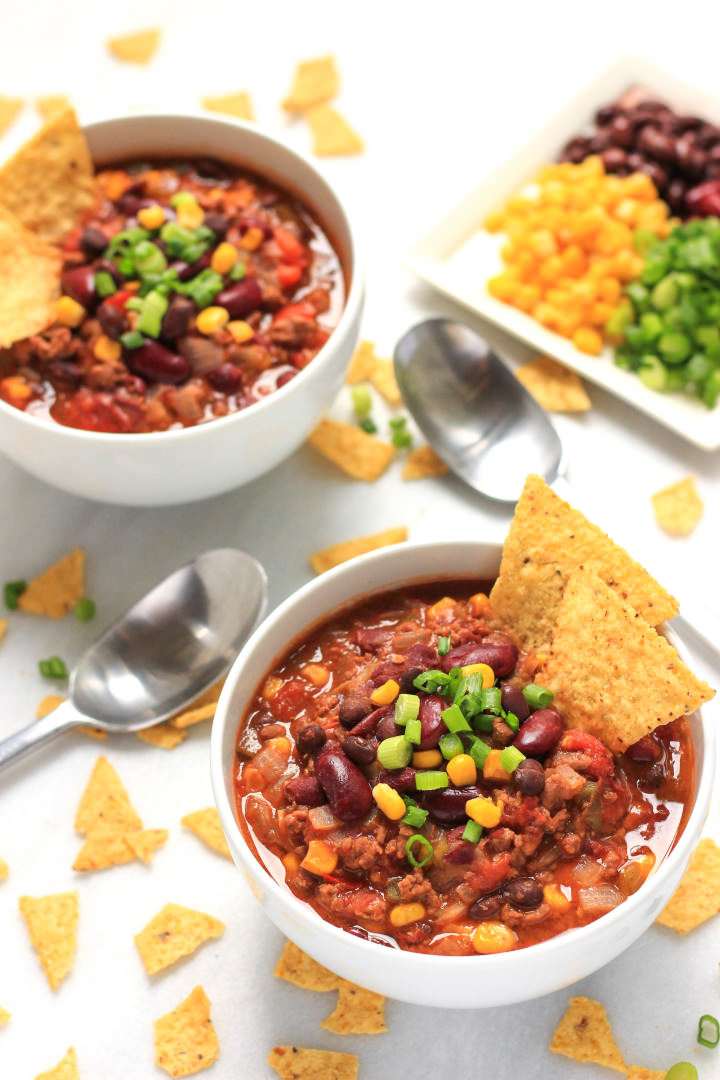 I started baking with pumpkin (and made pumpkin bread, pumpkin scones & a few other pumpkin-flavoured things); I made cranberry sauce with the tart cranberries I found in Whole Foods; and I made a loaf of rosemary cornbread the other day.

But one of the things that I found myself most intrigued about was the American obsession with chili, or chili con carne, particularly now that the weather is getting colder. 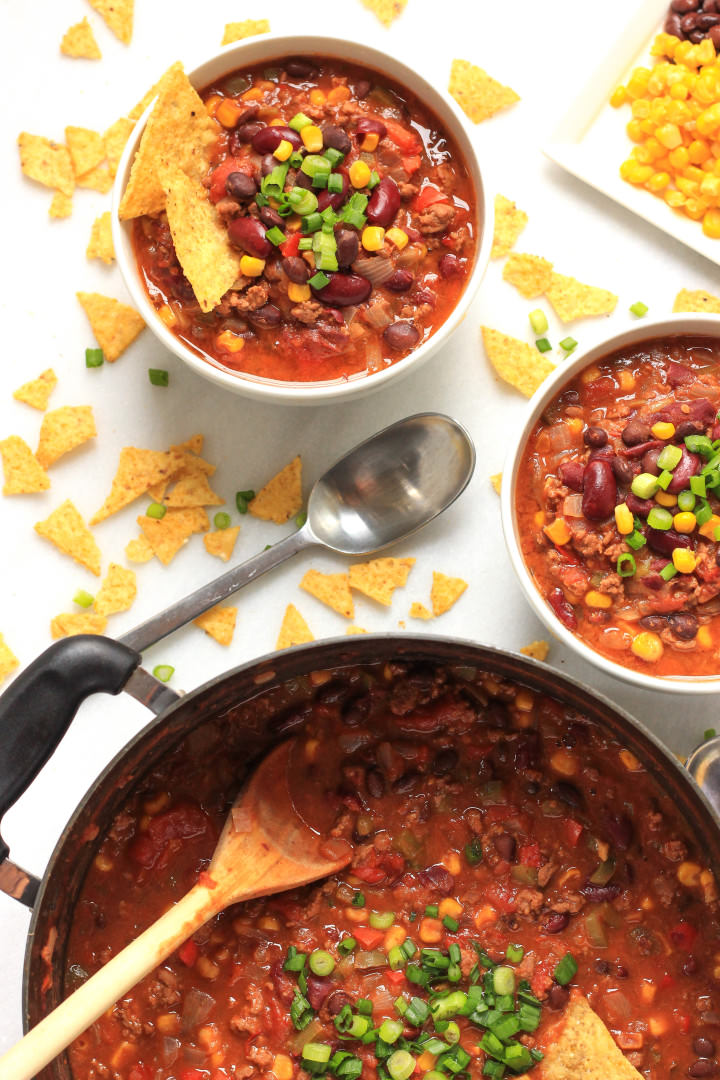 Chili is essentially a spicy stew made with vegetables, chili peppers, tomatoes, beans and often times, meat. When meat is involved, it’s usually known as “chili con carne”, with “carne” being Spanish for meat.

The fun thing about chili is how incredibly versatile it is – and it appears (from my online research on chili) that everyone has their personal chili recipe.

Some eat it without beans, others without tomatoes, some without meat and others with plenty of cheese and sour cream. It’s basically the sort of recipe that is formed from a common base of ingredients, after which you can add your free-form improvisation – just like a basic pound cake recipe which has been slightly modified to meet your preferences.

So after hearing so much about chili and reading about it on food blogs, I decided to finally get a taste of it – at the popular Washington DC landmark Ben’s Chili Bowl. Man, it was gooooood. So naturally you can imagine me searching for a good chili recipe on the internet after I tried the chili, and before long, I’d stumbled across The Kitchn’s basic chili recipe. 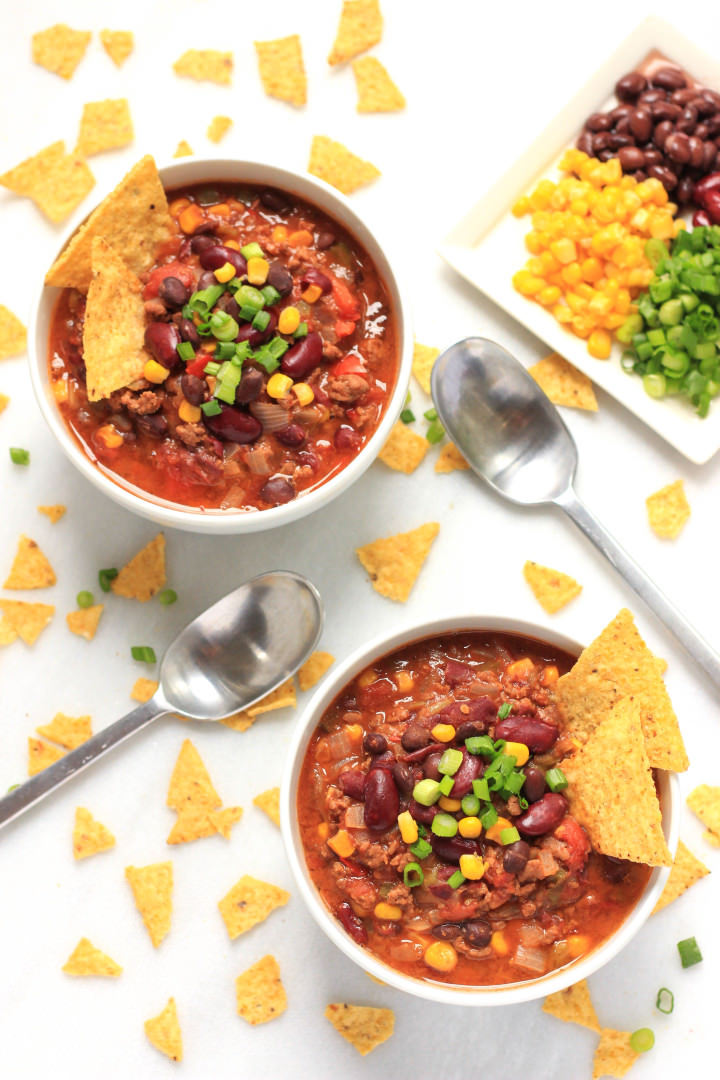 This afternoon, I began browning minced beef, dicing bell peppers and onions, sautéing the vegetables, adding the seasoning, pouring in stock, then adding in tomatoes, beans and corn and letting the entire pot of goodness simmer.

It took quite a bit of patience on my part, because the thing about letting things simmer is that you have to let a fair amount of time pass in order to bring out the rich flavors of the dish. But thankfully, I managed tame my impatient streak as much as possible, and when the chili was finally done simmering, I was rewarded with a gigantic pot of chili con carne that tasted as flavorful as it was colorful.

Garnished with fresh spring onions and eaten with crunchy corn tortilla chips, you’ll be asking for more than just a bowl of chili con carne. It was that good. Pinky finger promise. 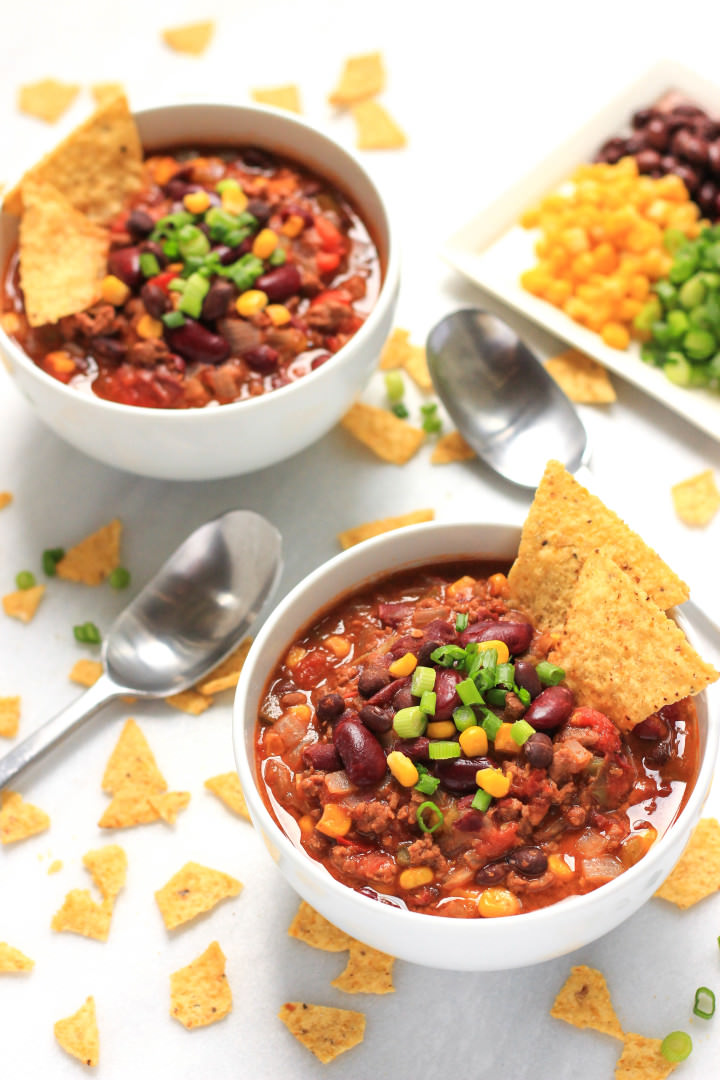 Rich, thick and as flavorful as it is colorful, this easy one-pot chili con carne is delicious, feeds a crowd and freezes extremely well. Make a large batch of chili con carne and freeze it for the colder winter days!

Adapted from: The Kitchn