You are here: Home / Egg-free / How to Make a Flax Egg
Jump to Recipe

When I first started this blog in May 2012, my only intention was to show my mum back home in Singapore that I was finally domesticated – you know, that I was able to cook my own food and survive on the food I prepared.

Not long before that, I had relocated to Buenos Aires and left my homeland not knowing how to cook. I have strong reason to believe my mum had been pretty worried; the blog was a way of putting her worries at ease. 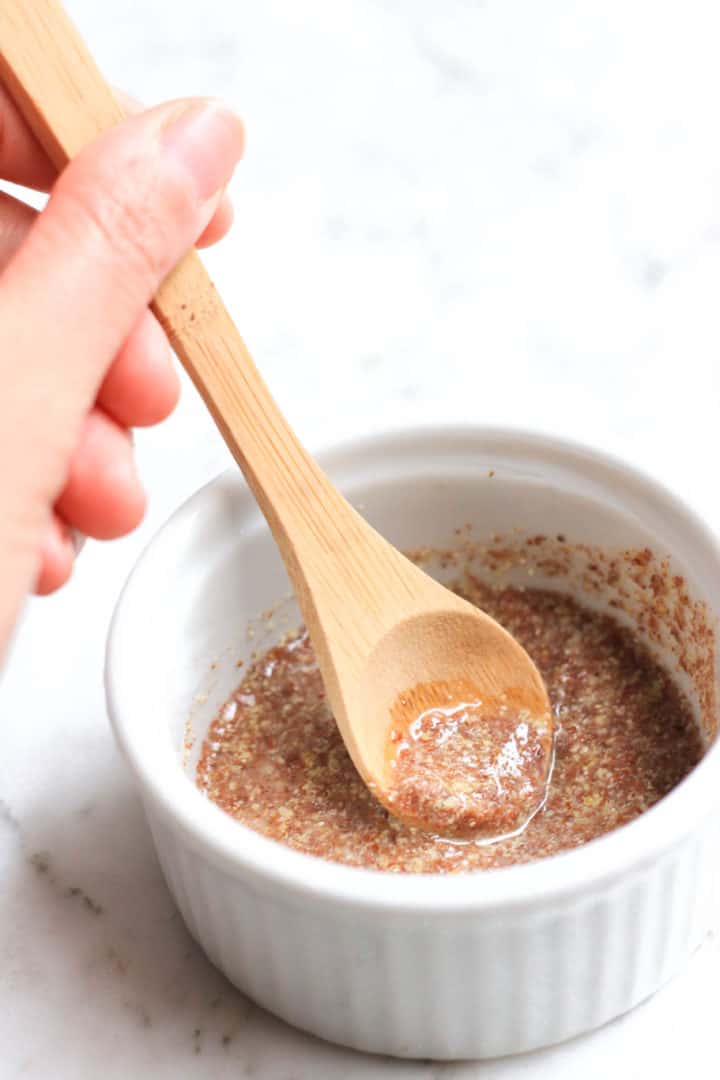 I didn’t think too much about the recipes I was posting, I just wanted to post every single recipe I’d made. It was the period that I’d call getting to know the kitchen better.

Every recipe that turned out well (read: edible) was worthy of a post. Every thing that successfully transitioned from my oven or frying pan onto my dinner plate was worthy of exhibition and documented, no matter how simple it was or how ugly it looked.

In those first few days of food blogging, I wanted to blog all the time; nothing could stop me, and I wanted every moment transcribed and logged onto this newfound space called Dish by Dish. I was evolving in my culinary skills, and growing less wary of the space called my kitchen. And I was literally transforming, dish by dish. At that point of time, every dish counted; there was no particular theme threading through the different recipes I’d report on. Everything simply fascinated me. There was no filter at all. Check out my entire recipe index! 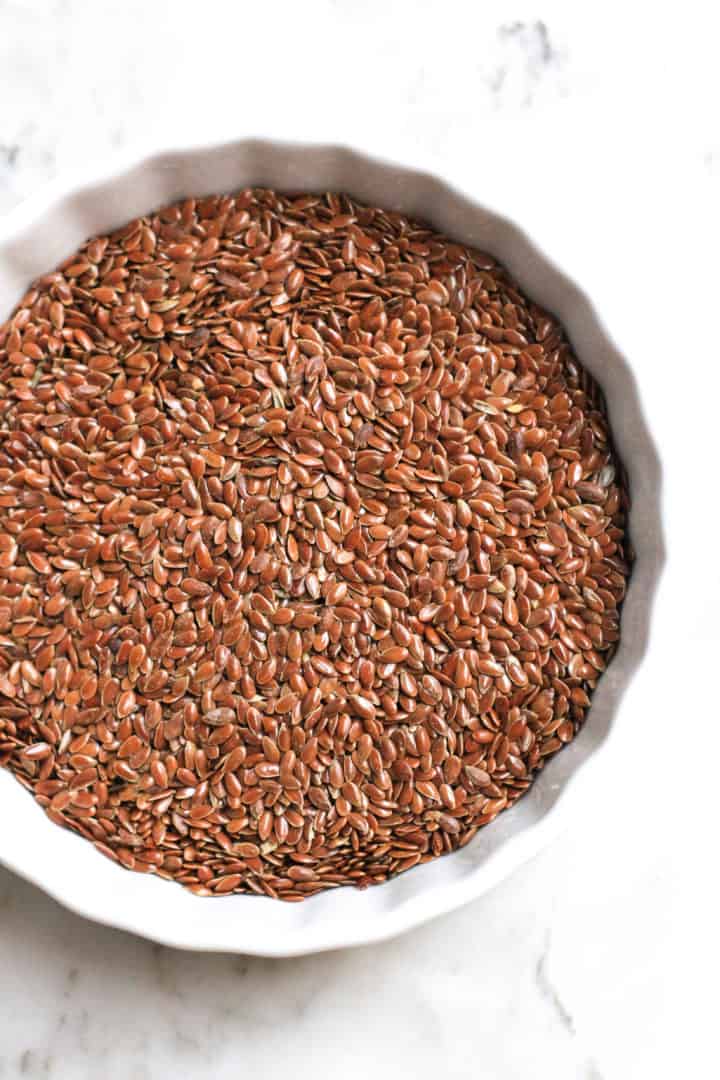 Yet over the next few years, as life would have it, my focus changed. Blogging was still dear to me, in fact it become closer to my heart than ever, but instead of putting up each and every recipe I’d tried, I started narrowing down the recipes to those that were gluten-free and grain-free.

At first it was because I simply wanted to eat healthier; but later, when Juan was diagnosed with Celiac disease and my mom found out that she had Type II diabetes, I now had an even stronger and deeply personal reason to focus on these special diet recipes. 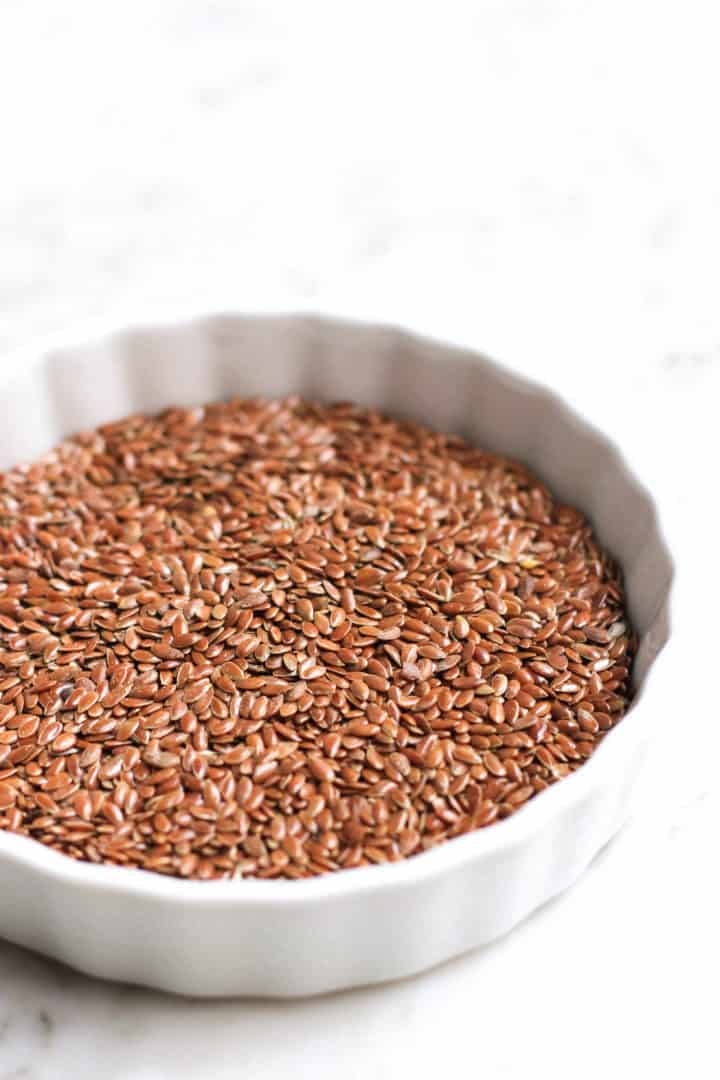 Just when I thought I knew what kind of recipes I would concentrate on, we found out two weeks ago that Juan has several food allergies – think eggs, milk and soy, among others. These allergies are most probably the culprits for his year-long sneezing bout that arrived last July and somehow never went away.

While it is hard to acknowledge the fact that our diet would have to change again (I speak for the both of us because it is much easier cooking one meal for both instead of one for him and one for me), I also know that knowledge is wisdom and being able to act on the truth of his allergies is inching us one step closer to better health. 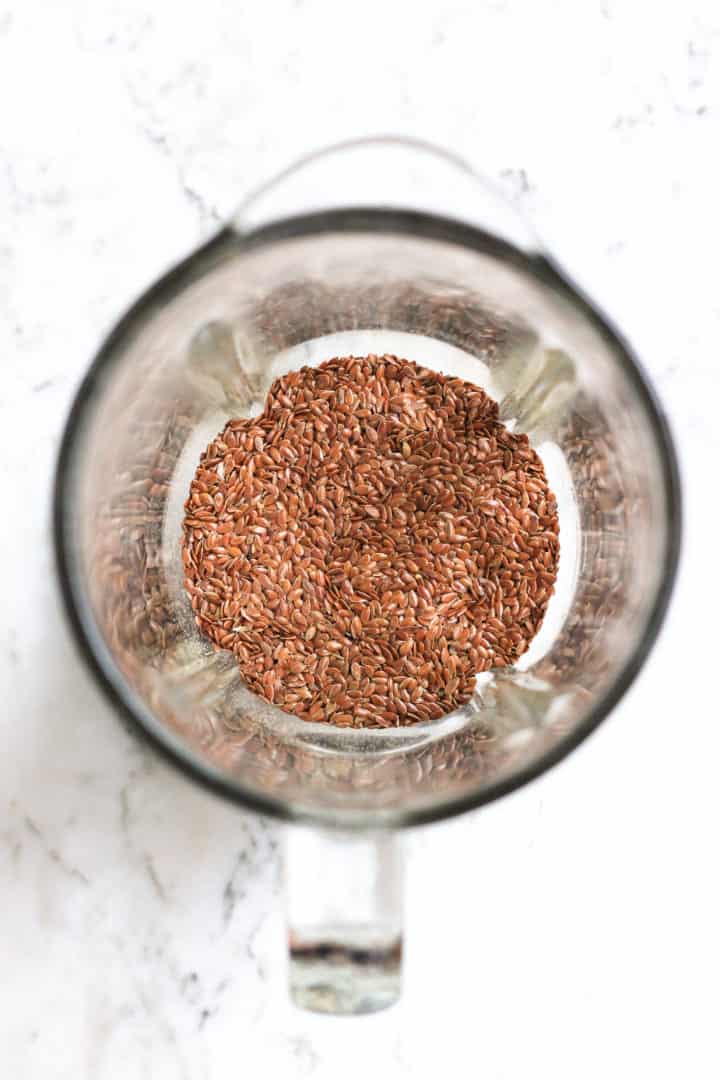 I confessed in my previous post that it can be frustrating at times with so many diet restrictions. A gluten-free diet was already difficult; but now it seems like piece of cake compared to cooking egg-free, dairy-free and soy-free. This new challenge may sometimes feel insurmountable. It almost feels like going back to kindergarten again, and learning your ABCs once more, just in a different language.

Going egg-free is not so simple. It’s hard to replace eggs in your American breakfast of scrambled eggs and toast; or in your frittata. So many foods use eggs as a binder and while there are egg replacers, not every recipe is forgiving enough to be converted into an egg-free version. 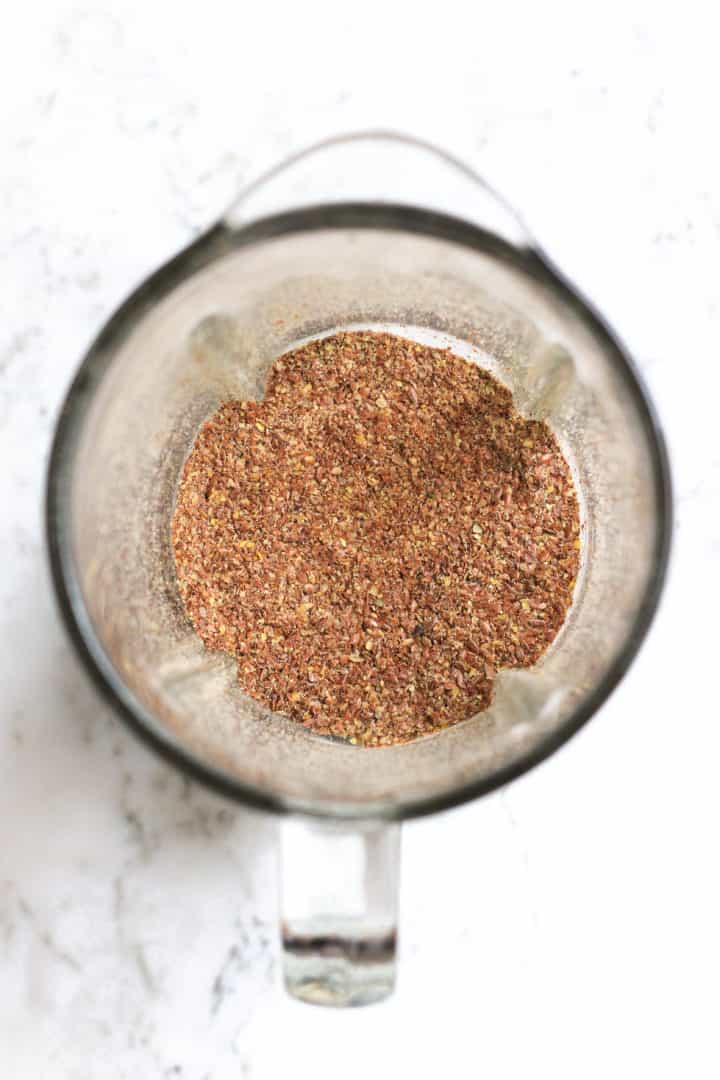 But let’s go slow. We’re starting out step by step, dish by dish. As Juan and I learn new stuff about cooking egg-free, I promise I’ll share every step of the journey here. So in case you’re discovering your way through this new egg-free world as well, I hope it comforts you to know that we’re in the same boat.

And as they teach you on the first day of class, it is essential to start with the basics. Get the basics right, and it’ll be much easier as you move along.

So today, let’s begin with a common egg replacer: the flax egg.

In recipes, eggs work as a structure builder, foaming agent and an emulsifier. While there is no one type of food that can totally replace all the above-mentioned functions of an egg, the flax egg is one of the most versatile egg replacers. (For further reading, this super detailed post on flax eggs by Vegan Baking dives deep and can help you understand the science behind using flax eggs to replace eggs). 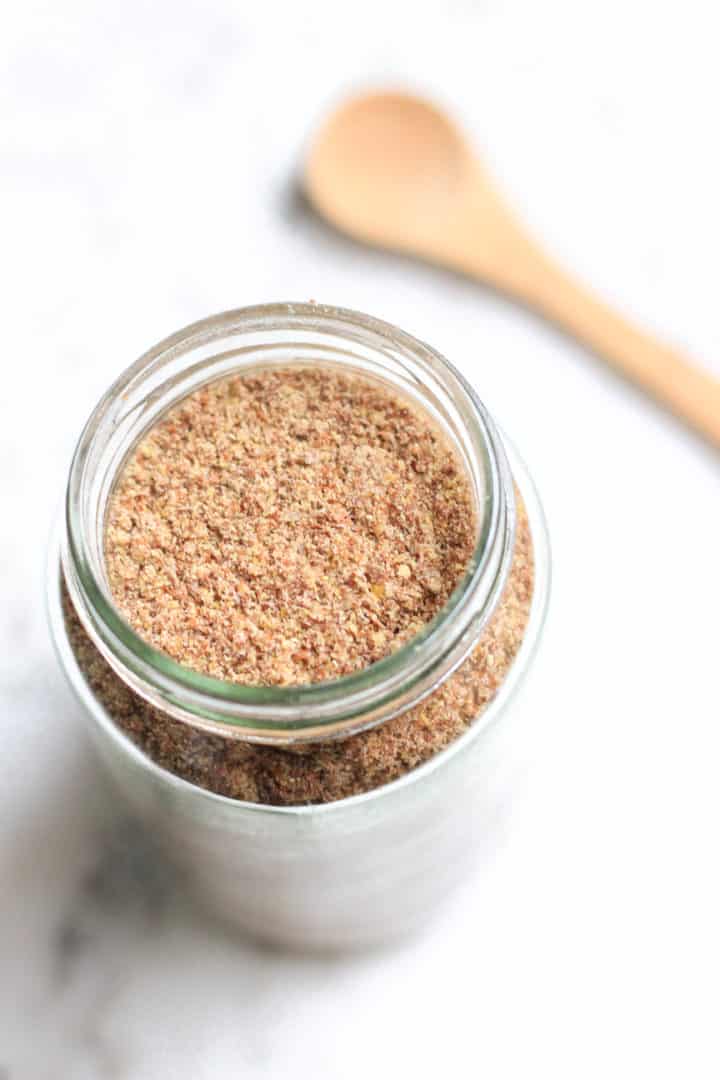 Here’s how you make a flax egg. It’s really very simple and all you need is flaxseed meal (ground flax seeds) and some water. When flaxseed meal combines with water, it forms a gel like substance that can be successfully used as a binder in some recipes.

Note that while it is easier to use store-bought flaxseed meal, it is best to grind your own flax seeds just before using. This is because flax seeds contain oils that are extremely perishable and these oils oxidize upon coming into contact with oxygen. This oxidization turns the oils rancid and makes the flaxseed meal toxic and gives it a linseed oil flavor.

Don’t be afraid though. Grinding flax seeds is really quick and easy. 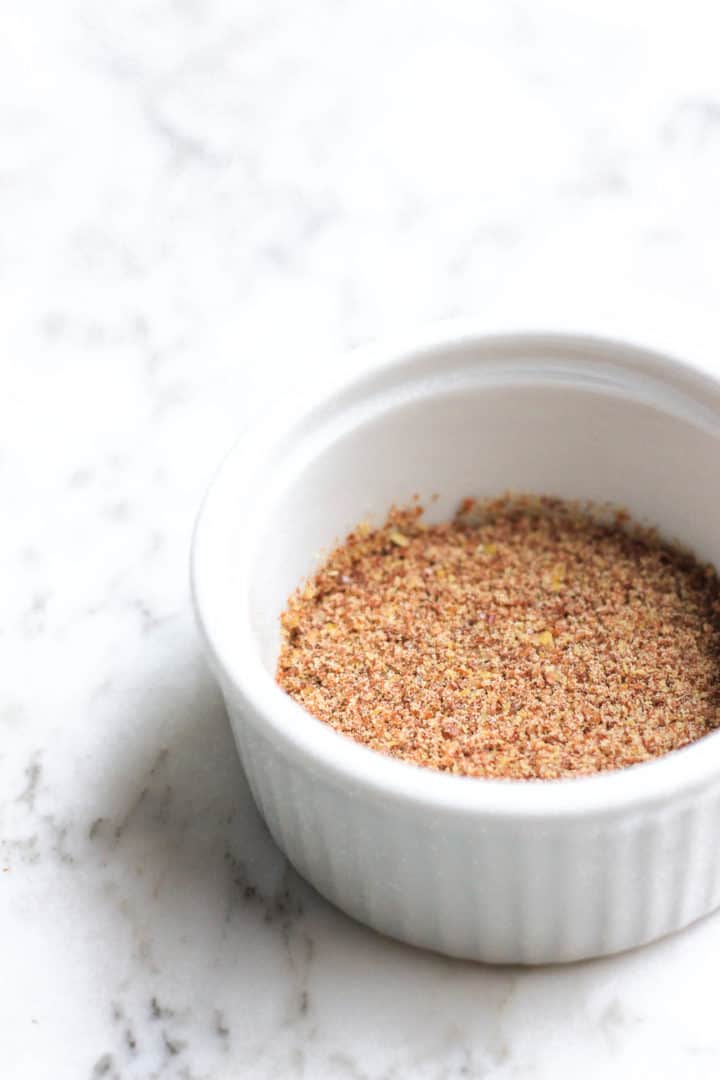 If you have a coffee grinder or an electric blender like mine (which I’m pretty sure you do), grinding whole flax seeds is just a few extra seconds of work. Place the whole flax seeds in your blender and process until you get a fine meal (about 15 seconds). In this post, I’m using brown flax seeds because that’s what I had on hand. You can always use golden flaxseeds, if you prefer a lighter color for your baked goods. The taste doesn’t change.

For every flax egg, combine one tablespoon of flaxseed meal with three tablespoons of water. Stir the mixture well to combine and let it chill in the refrigerator for 15 minutes until you have a gel-like egg substitute.

Isn’t that simple? Now go to your kitchen and play around with flax eggs!

I’ll be doing exactly the same and I promise that I’ll write again soon with other tried and tested recipes! Stay tuned. 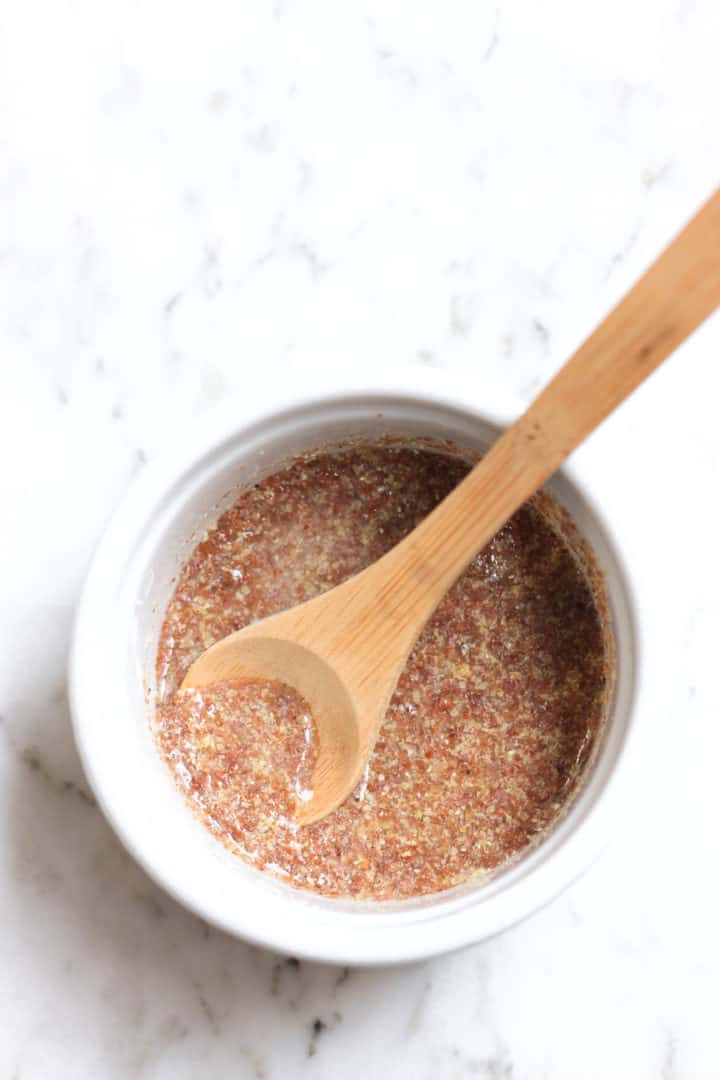 Need to go egg-free because of an allergy or egg intolerance? Don’t worry. Here’s how you replace eggs in baked goods: make a flax egg in a matter of minutes!