You are here: Home / Travels / Italy / Rome, the eternal city

Unlike the Amalfi Coast, which inspires the immediate need to express all the beauty I see, Rome requires taking a pause, and reflecting on its charm from a distance.

All roads lead to Rome, they say, and on an early summer Saturday morning, we opened our sleepy eyes as we touched down at the Leonardo Da Vinci airport, squinting at the bright sunshine that would later beat down our backs as we explored the city. 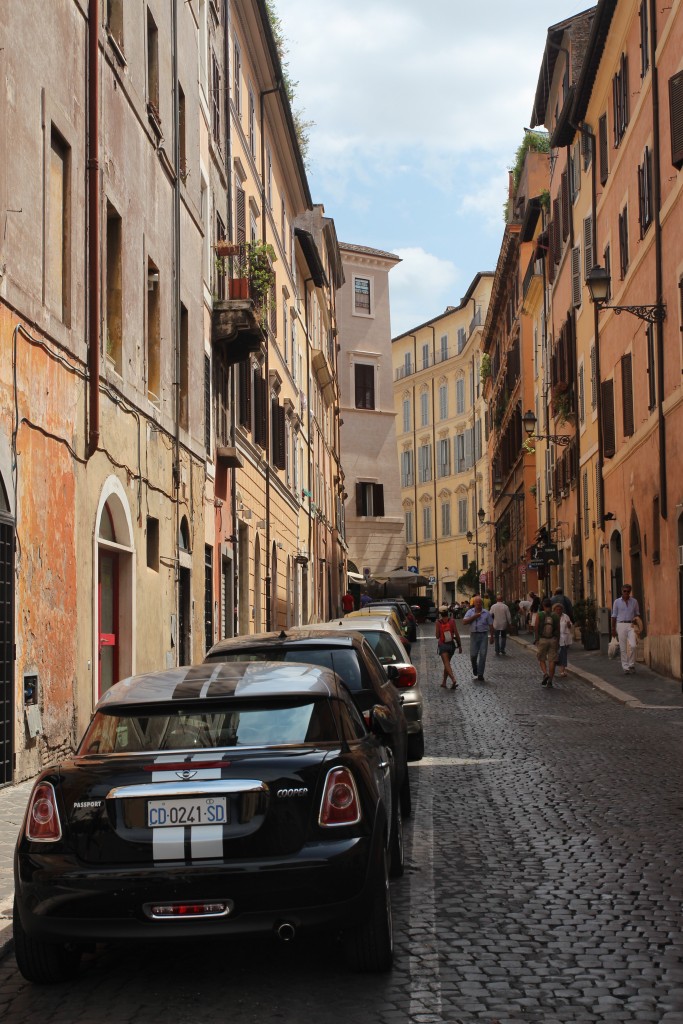 Rome is hot in August, my friends.

Because this Italian city is so full of concrete, stone and cement, with very little greenery and parks, summer is definitely a HOT season to be there.

Yet while the 36 deg Celcius heat and scorching sun made us break into an unforgiving sweat, it didn’t deter us from endearing ourselves to this city so rich in culture and inked in time.

(Come wander along the streets of this gorgeous, ancient city with me…) 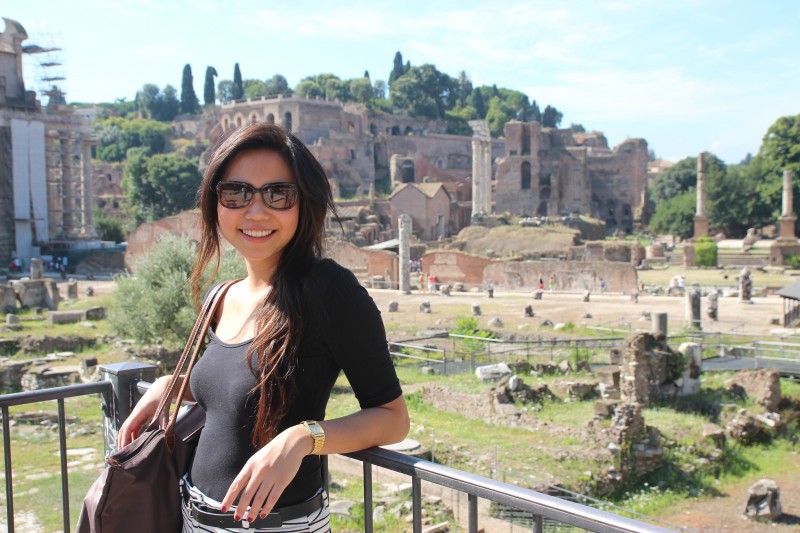 The Colosseum, probably the most globally-recognized symbol for Rome, was where we headed that first afternoon. The harsh sun and thick summer heat left us more than just slightly suffering.

As a group of us tourists gathered near our English-speaking tour guide, we listened to her fascinating tale of how the magnificent structure came into existence, all told in heavily Italian-accented English, of course. She told us how gladiators (who were mostly poor men or prisoners) would fight for their lives in the pit that could house 55 thousand people. She showed us where they fought, and finally, why fighting was later prohibited. 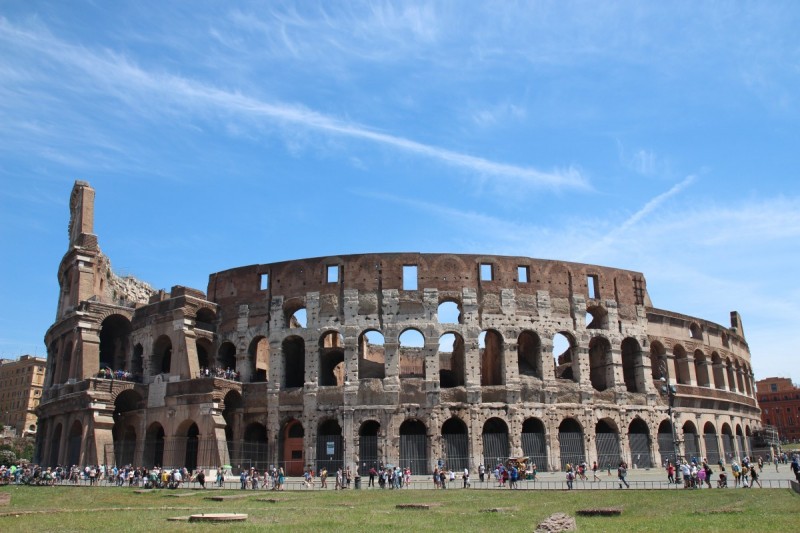 Over the next two days, we also visited the Roman forum and explored the “Centro Storico” (historical centre) – where the famous Fontana de Trevi (which was unfortunately under renovation) and the Pantheon lie.

And of course, we also made our way to the Vatican City, one of the smallest independent cities to exist with its own rules and laws, and where the Pope Francisco leads his flock. 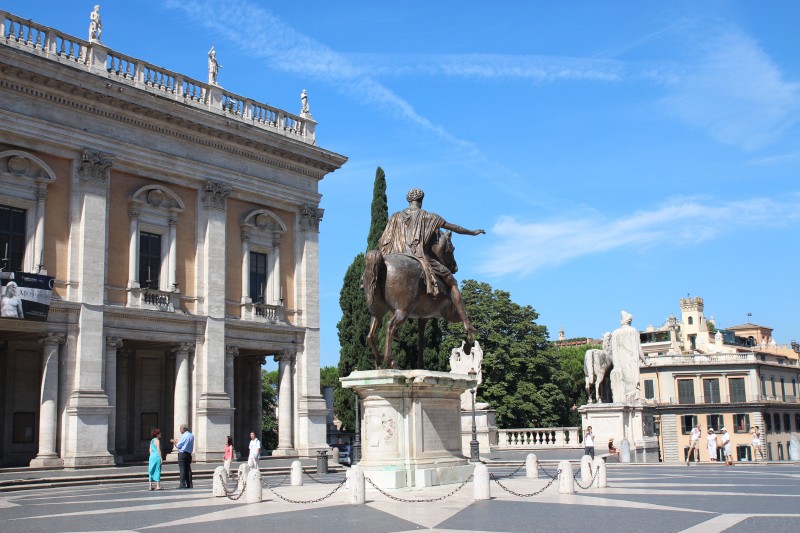 “The eternal city”, as people call Rome, definitely seems to have been in existence forever.

Between the Roman forum, the Colosseum, and the Pantheon – one only needs to wander between these vasts and immense ruins to get an inkling of the profoundness of Roman history.

It’s nearly impossible to conceive the idea that in Rome, so many of its ruins have been there for hundreds and thousands of years; and that they will continue to stand strong for centuries to come. That certainly struck me as crazy impressive. Seeing modern infrastructure right next to ruins that date way back in time is quite dumbfounding. 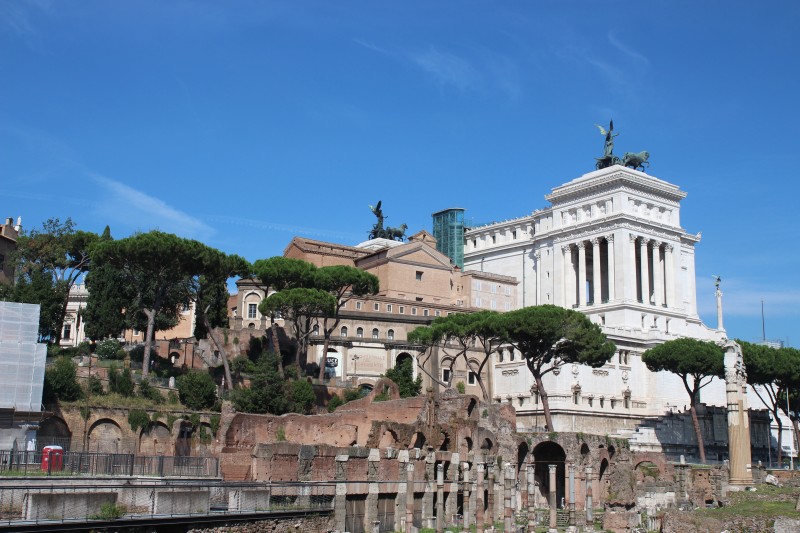 Yet while these large imposing structures are what Rome is well-known for, what really captured my heart were its quaint and tiny streets.

I particularly adored the fact that you could spend an entire afternoon wandering around Rome and still find yourself taking different paths; each one so alike the previous yet still so distinct. 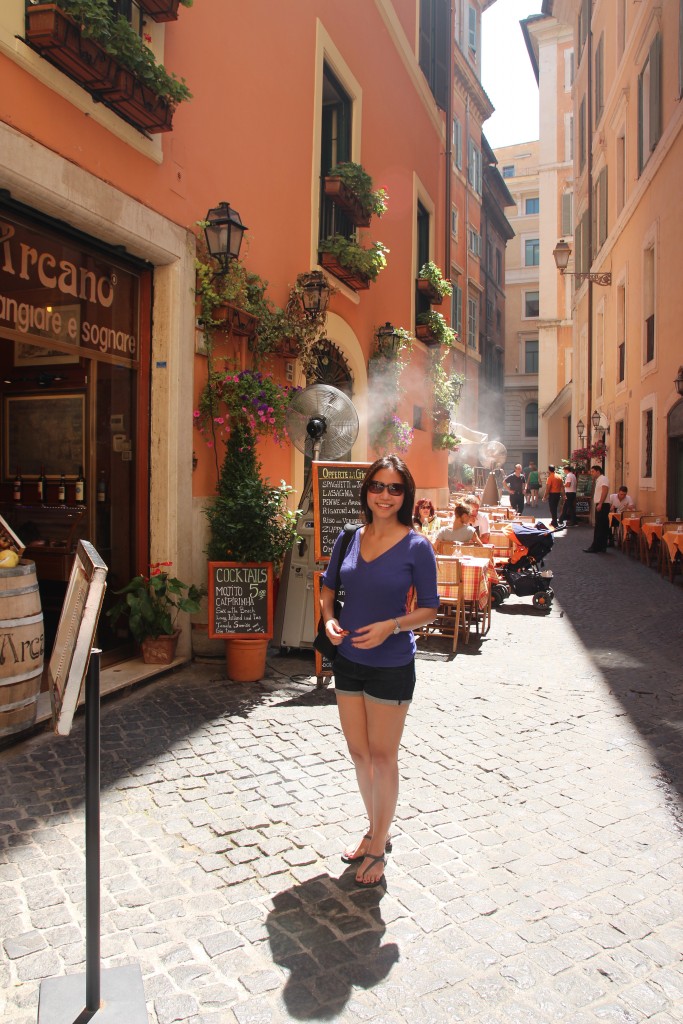 As our feet treaded the city’s mainly cobbled streets; as we left our footprints one step at a time, I found myself soaking in the beauty that is old and new; large and tiny. 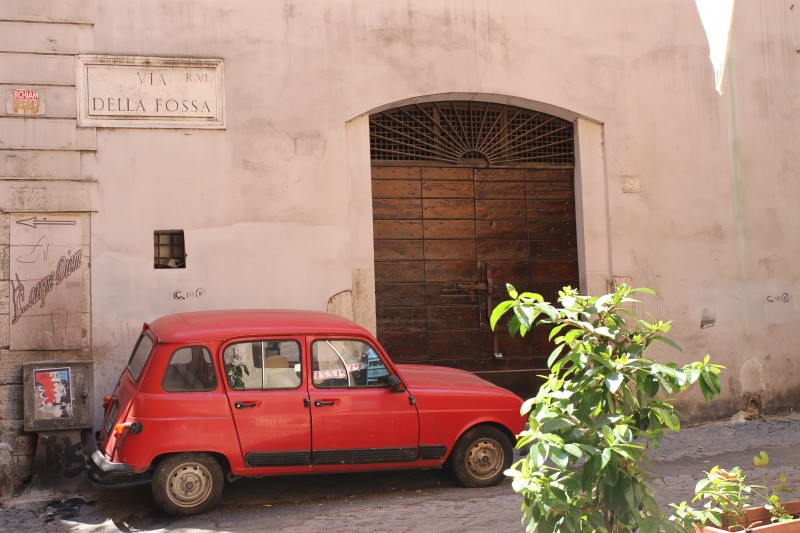 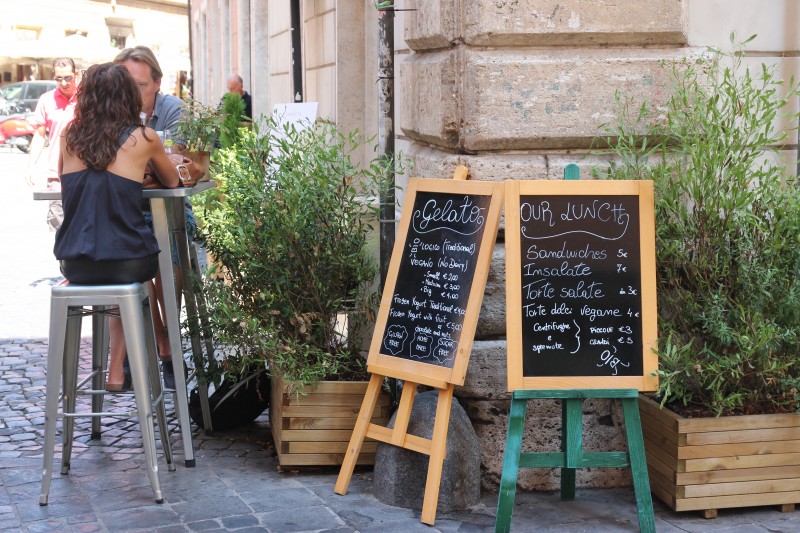 The things that moved me were ordinary things like the farmers’ market at the Campo di Fiori.

At these morning markets, you can find fruits and vegetables that are so fresh you can still smell the dirt on them. 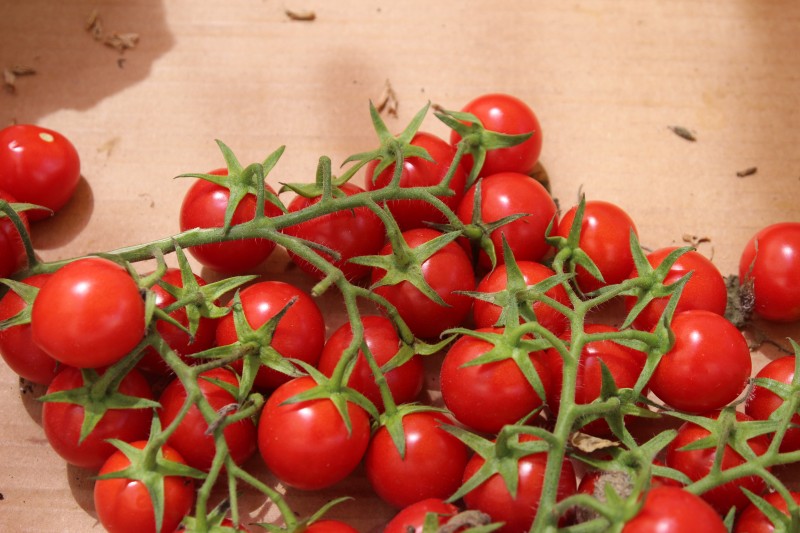 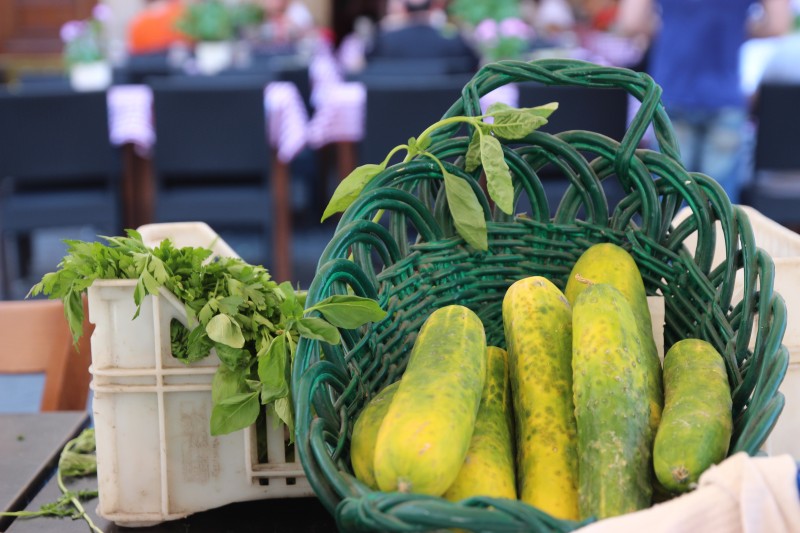 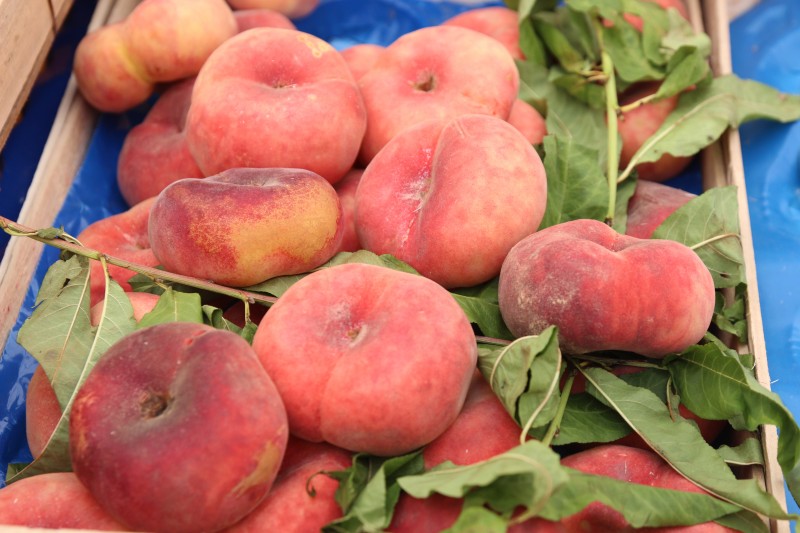 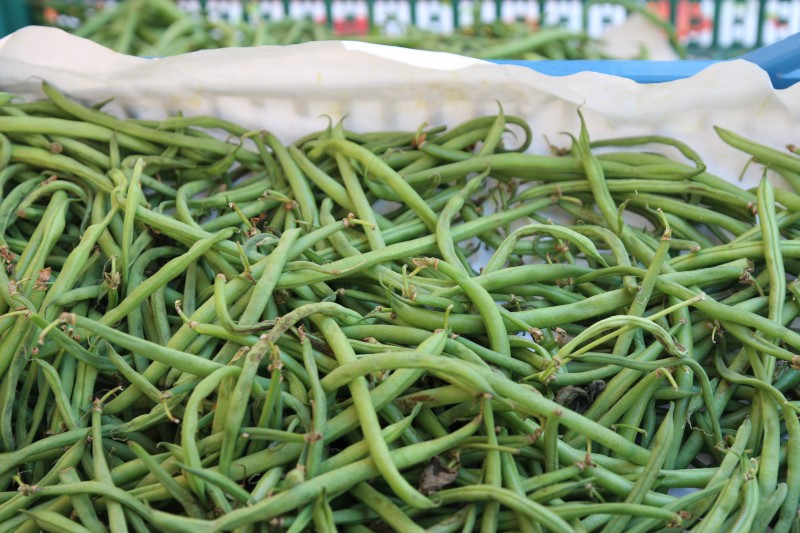 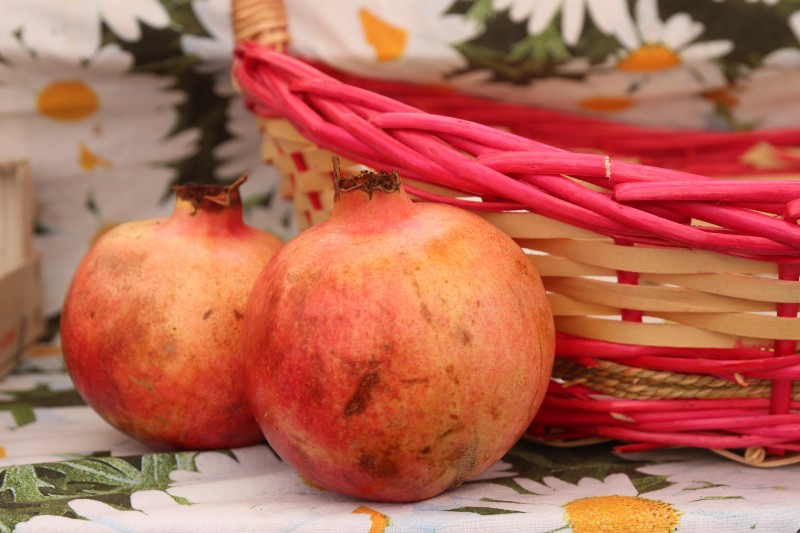 I love Rome’s streets – these streets made of stones and filled with stories from thousands of years ago.

Of Romans, tourists, artists and emperors. 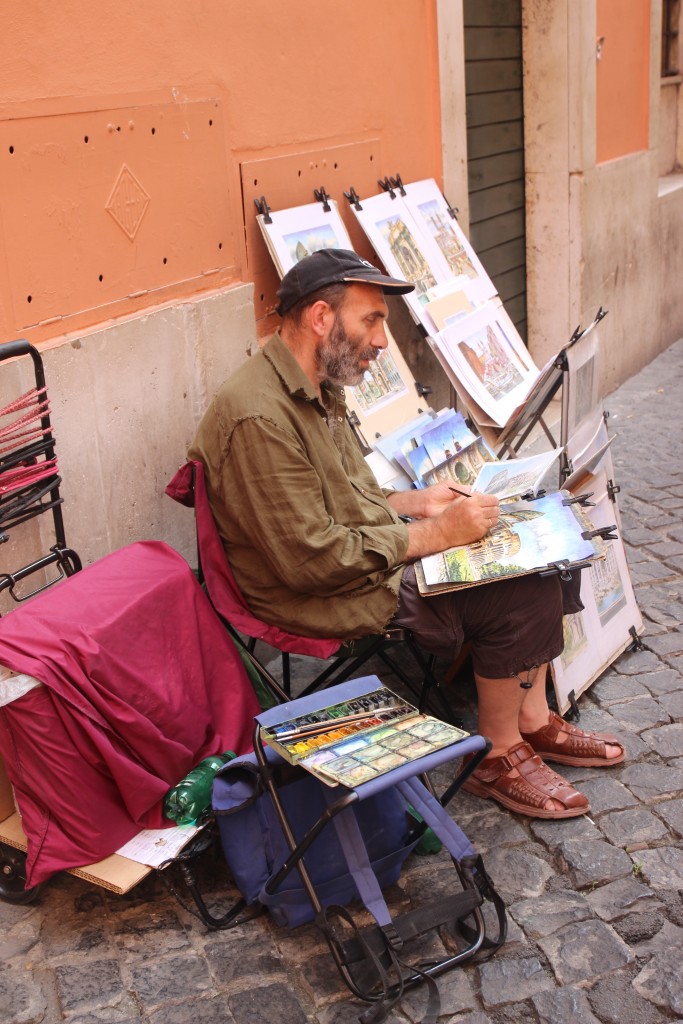 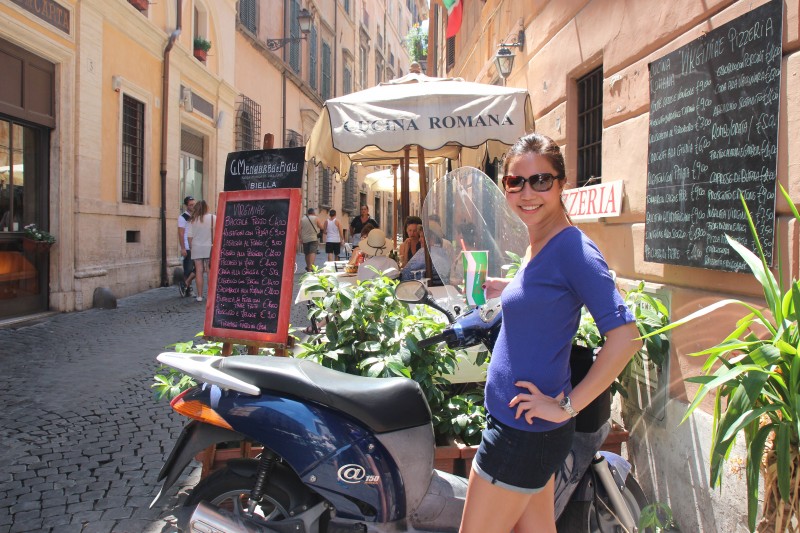